South Korea’s climate is typically temperate with four distinct seasons. There is never a bad time to visit South Korea but travellers should time their visit according to what they want to see and do during their trip. The seasons in South Korea are divided into spring, summer, autumn and winter, each bringing with it its own benefits and challenges.

During the spring, which falls between April and June, the country is painted pink by the abundant cherry blossoms that decorate South Korea’s green spaces. The weather during this season is the least likely to be inclement, making it one of the more popular, albeit crowded, times of the year to visit South Korea - expect mostly sunny days.

Summers in South Korea are generally warm but often see monsoon rains from July to August, making the whole country almost intolerably muggy. If you don’t want to find yourself perpetually damp then this time of the year is best avoided. By June the average temperature is 22°C with July and August experiencing the highest rainfall of the year.

Once the rains have passed, however, the country is bathed in the most stunning shades of orange and red as the autumn leaves start to bloom. With mild temperatures, low rainfall and a wealth of unadulterated natural beauty, autumn (September to November) is a close rival to spring with regards to being the best period to visit South Korea.

Finally, we come to the cold but curiously delightful season that is winter, falling between December and March. While being cold is never the best thing in the world, there is a certain charm about wrapping up warm and walking through crisp, white snow. Transport still runs like clockwork in South Korea and many points of interest are likely to be far less congested than usual so if you want to avoid the crowds, winter isn’t such a bad time to visit. This is also the perfect time to go to South Korea if skiing, snowboarding or any other snow-related activity is on the agenda.

Our latest travel tips and inspiration 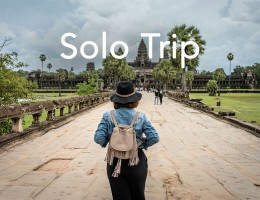 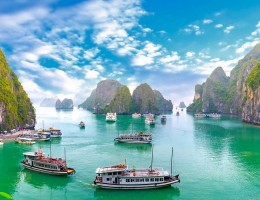 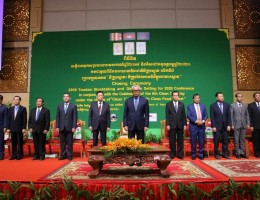